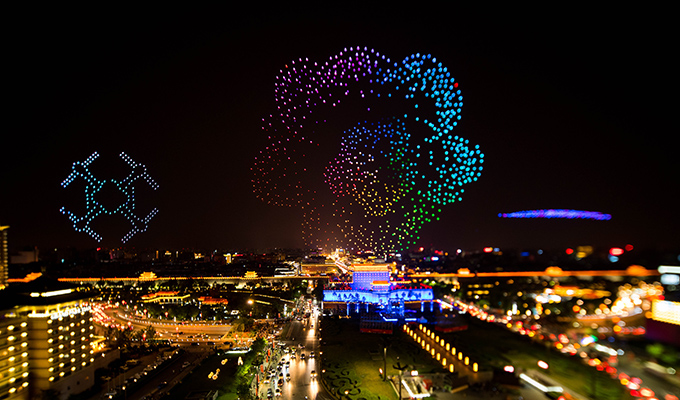 Posted at 11:41h in News, Techno News by Isalys Info

Chinese UAV firm EHang Egret has broken the Guinness World Record for most drones flown simultaneously in a 13-minute flight that involved 1,374 drones spread over a kilometer.
The previous record was held by U.S. technology firm Intel, which flew 1,218 drones during the Winter Olympics in South Korea in February 2018.

During a night performance in the Chinese tourist city of Xian, the drones took on 16 different 3D formations, including a camel, a Buddha and a high-speed train.

See the video below: