The Ocean CleanUp Project in The Netherlands 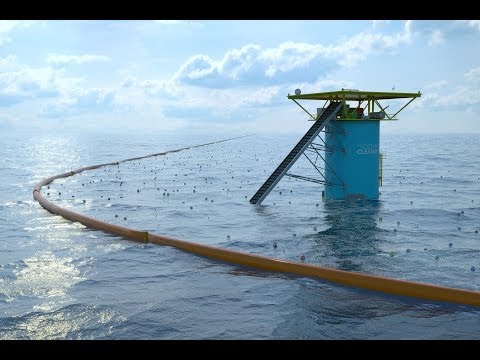 22 Mar The Ocean CleanUp Project in The Netherlands

Posted at 14:12h in News, Techno News by Isalys Info

Started in 2013 by the 21-year-old Dutch inventor and entrepreneur Boyan Slat, the Ocean CleanUp project means to extract plastic pollution from the oceans and prevent more plastic debris from entering ocean waters.

The project received  over $2.2 million in crowdfunding and financial contributions from large sponsors including Salesforce.com chief executive Marc Benioff. The foundation’s headquarters are in Delft, the Netherlands.

In the summer of 2014, The Ocean Cleanup released a 528-page feasibility study, which Slat and his team used to determine that the project was possible. As described in the study, the passive system relies on wind, waves and currents to push the floating plastic into screens that extend from the floating barriers like a skirt. The idea is that the current can pass beneath the screens, which will prevent bycatch of plants and animals. Since plastic floats, ocean pollution between 35-100 millimeters in size will be captured by the barriers. The v-shape of the array then concentrates the plastic pieces at the center of the structure, where they can be harvested and then sorted and processed in a collection platform. After the plastic is processed, it will be collected by boat every six weeks, with the hope that it can be sold as recycled material.

On June 2016, the organization unveild their first prototype wich was installed in the North Sea, 23 km (12 NM) off the Dutch coast, where it remains for one year. The objective is to test how The Ocean Cleanup’s floating barrier fares in extreme weather at sea – the kind of conditions the system will eventually face when deployed in the Great Pacific Garbage Patch.

Their objective is to initiate  the full-scale cleanup of the Great Pacific Garbage Patch by 2020.